HOPE AND A FUTURE 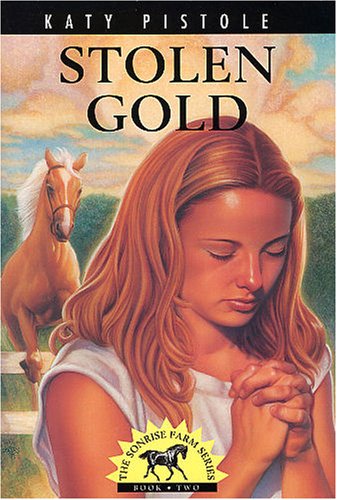 SKU: RB108
$0.00
Unavailable
per item
Jenny Thomas and her golden palomino mare are torn apart when famous horse trainer Vanessa DuBois appears and claims that Sunny is really named Gold N' Fire, a valuable show jumper that had been stolen from her eighteen months ago.

Heartbroken, Jenny believes God is punishing her, and she uses deceit to get on the DuBois farm so she can see Sunny again. Jenny learns that Sunny has a colt, but both are being abused and starved by Mrs. DuBois, whose cruel training techniques have made the animals half crazy. The worst part is that Jenny can't tell anyone!

Ever since Sunny was taken from her, Jenny has struggled to trust God. But now as she learns of Mrs. DuBois's plan to get rid of Sunny and her colt to collect on insurance money, Jenny faith in God is put to the ultimate test. Can she get to her beloved Sunny in time to save her?
Ages: 10-14
1 available
Add to Cart